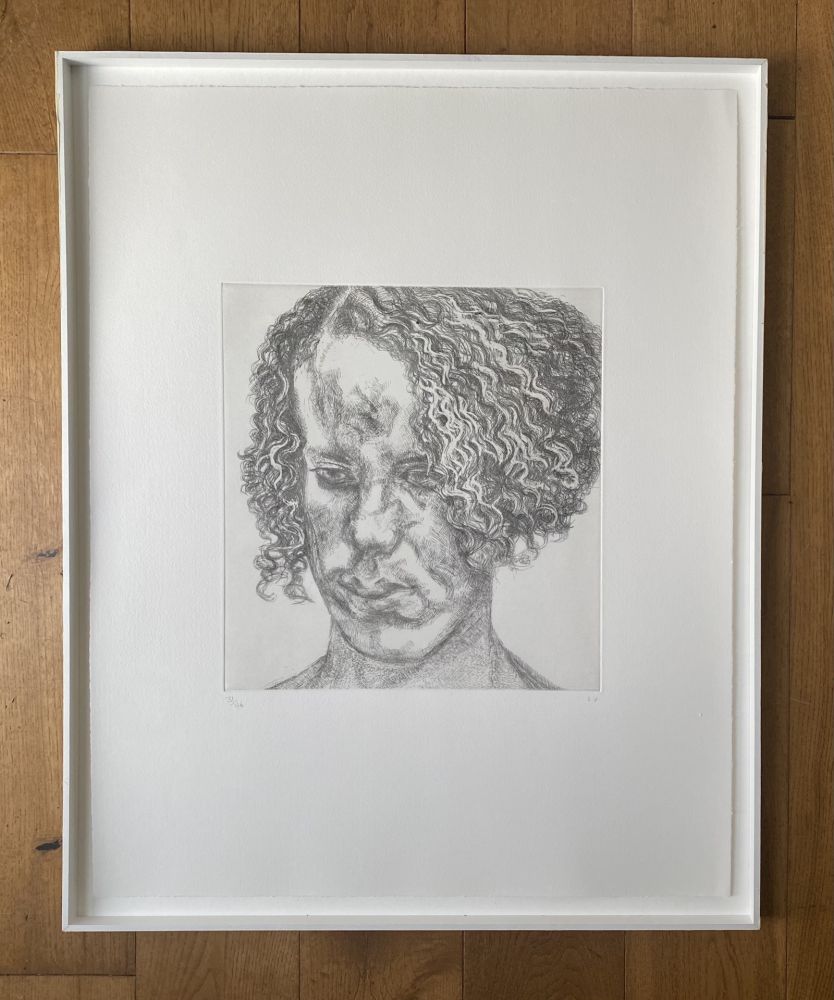 Title: Girl with Fuzzy Hair
Medium: Original Etching, 2004, on Somerset White paper, signed by the artist with initials in pencil and dated on the Gallery label
Size: Image 319 x 295 mm; Sheet 634 x 500 mm
Edition: 31/46. There were also 12 artist's proofs and 2 printer's proofs
Note: Girl with Fuzzy Hair, a poignant example of Lucien Freud’s uncompromising approach to portraiture, was featured in the Art Gallery of Ontario exhibition Rembrandt / Freud: Etchings from Life in 2010. This show was the first museum exhibition of Freud’s etchings in Canada, and presented his prints alongside the renderings of the Dutch Baroque master Rembrandt van Rijn. Freud and Rembrandt are celebrated as two of the greatest figurative artists of all time, and their etched portraits similarly reveal the inner truths of their subjects – while reflecting the sensibilities of their respective eras. The furrowed brows and fleeting glances in Rembrandt’s renderings were unprecedented in their immediacy and realism. Over three centuries later, Freud’s approach goes further in its contemporary scrutiny of the human condition. Girl with Fuzzy Hair is selective in its detailing, and tightly frames the face. The resulting portrait is honest and immediate, and at the same time tender and psychologically complex.  Literature: Figura 63
Exhibitions: This specific print 31/46 was included in the exhibition at the Art Gallery of Ontario (Musee des beaux-arts de l’Ontario), at their seminal exhibition: “Lucien Freud - Rembrandt : Etchings from Life” in 2010 Provenance:
Mira Godard Gallery, Hazelton Avenue, Toronto; Their label verso
Private Collection, Vancouver
Condition: In very good condition. 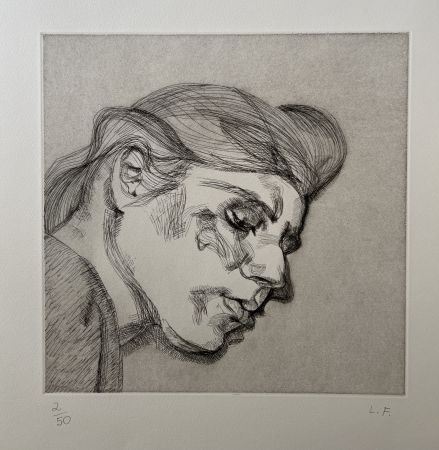 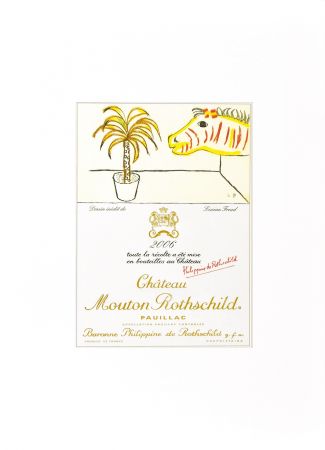 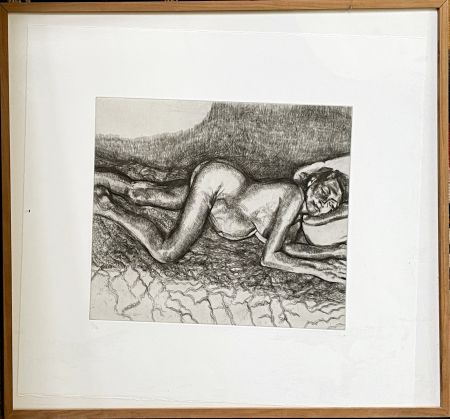 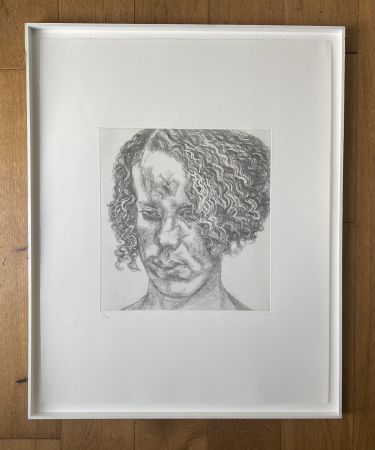 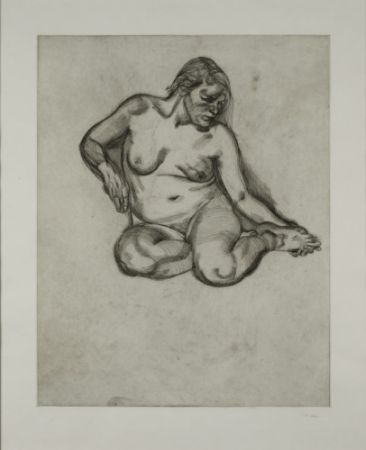 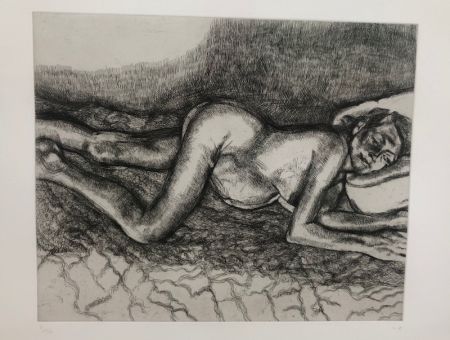 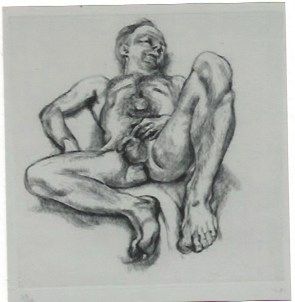 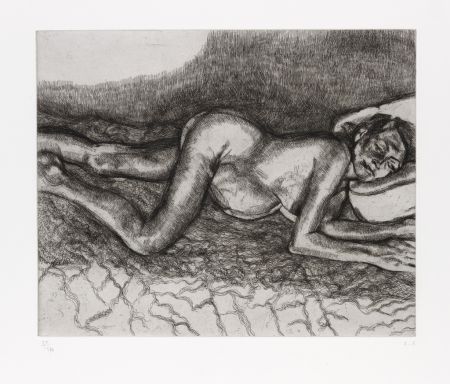 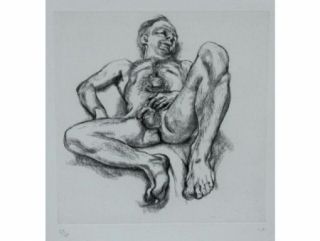 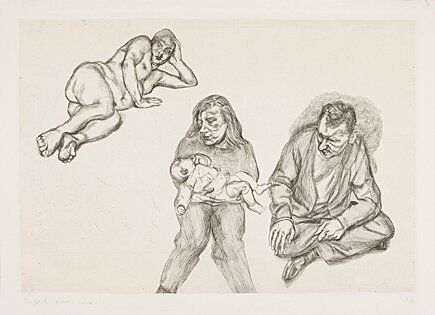 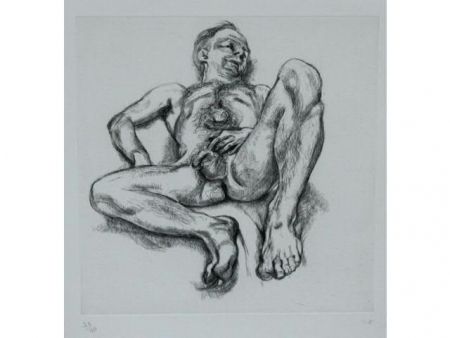